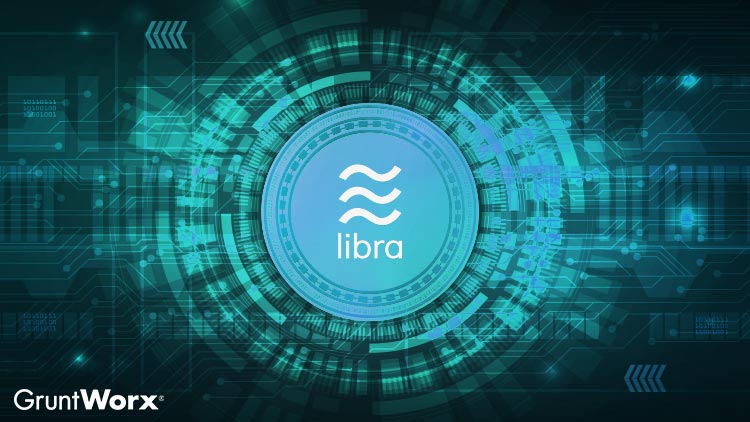 Tuesday morning wasn’t different from other mornings. My daughter’s cries announced to the world that she was ready to face the day, kickstarting the morning ritual of diapers and coffee—usually in that order. Little did I know that the tech world would be rocked by a major Facebook announcement: They’re going to release Libra, a brand-new cryptocurrency.

Is cryptocurrency still a thing?

Cryptocurrency was all the rage back in 2017.

People were convinced that crypto was the new vehicle for wealth generation, and businesses were very interested in either creating their own coins or finding new ways to use the blockchain (the software that makes crypto possible) to revolutionize finance. It was obviously the digital roadmap for the American Dream™.

A quick glance at the Coindesk price chart for Bitcoin clearly shows when the bottom fell out of the market. Bitcoin, the “gold standard” for cryptocurrency, dropped from $17, 060.55 on December 11, 2017 to $7,826.99 by February 5, 2018. Unfortunately, the ride wasn’t over for people holding onto their bitcoins.

The price continued to plummet throughout 2018, ultimately hitting a low of $3,295.27 by December 10, 2018. For those keeping track, that means investors lost $13,765.28 per bitcoin in one year’s time! That said, the end was not nigh for the world’s most famous digital currency. Bitcoin has recouped some of its lost value, today weighing in at $9,909.23 per unit and enjoying another upward trend.

All of this might make you ask why Facebook would be remotely interested in experimenting with a market that is, for many, defined by its volatility. Judging by their press release from Tuesday, the social media giant believes they will be able to use their global presence to empower the financially disenfranchised—well, that and make some money while they’re at it.

The company says they want to provide the world with a more convenient way to transact online with Libra:

For many people around the world, even basic financial services are still out of reach: almost half of the adults in the world don’t have an active bank account and those numbers are worse in developing countries and even worse for women. The cost of that exclusion is high—approximately 70% of small businesses in developing countries lack access to credit and $25 billion is lost by migrants every year through remittance fees.

Such high-minded goals might resonate with parts of the cryptocurrency community that are interested in using platforms like Bitcoin to stop having to rely on banks to buy things online.

The belief is that crypto is a democratizing agent capable of handing control back to the people directly involved in online transactions, and the anonymity provided by the blockchain technology is a key part of that equation. Unfortunately, these crypto-revolutionaries might be dismayed to learn that Calibra—the “wallet” where users store their Libra coins—can be used to collect and share their information.

Right after emphasizing how seriously they take data security and user privacy, Facebook says that there is a data tracking component for their new cryptocurrency system: “Aside from limited cases, Calibra will not share account information or financial data with Facebook or any third party without customer consent.” They also note that the “limited cases” include working with law enforcement agencies.

Only time will tell if this will be a major stumbling block for the social media giant’s foray into cryptocurrency. It makes sense that they would want to help catch criminals, and there is precedent for platforms being required to hand over user data to the authorities.